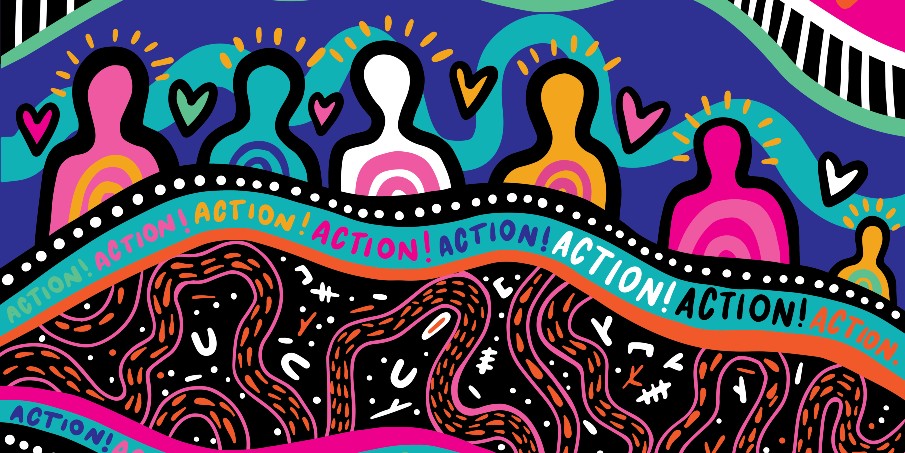 This year’s National Reconciliation Week theme, “More than a word. Reconciliation takes action” challenges us to take more courageous action that will deliver real impact. This is a challenge individuals and businesses should enthusiastically embrace. There is a lot to do Australia’s First Nations People have lived on, cared for and formed a deep connection to the lands that make up Australia for at least 50,000 years. 233 years ago, the dispossession of Aboriginal and Torres Strait Islander people from their lands began. In the years following, thousands of First Nations people were massacred, thousands more were subjected to slavery and forced labour,

Can you build brand equity from a crisis? Qantas did

In the deep and chilling midst of a crisis, we believe it is possible to still demonstrate to stakeholders your purpose and your values, and ultimately strengthen the equity of your brand.   Qantas Flight 32  4 November 2010. Heading for Sydney, a Qantas Airbus A380 took off from Singapore’s Changi Airport with 469 passengers and crew on board.  Just a few minutes after take-off, one of the aircraft’s Rolls-Royce Trent 900 engines started blasting heavy, red-hot chunks of the engine through the wing, severely damaging critical control systems.   Fortunately, two hours later, the aircraft made a successful emergency landing at Changi.  Qantas CEO, Alan Joyce personally took control of the airline’s reputation in the aftermath. Dozens

Brigitte, Cannings Purple’s Investor Relations Associate Consultant, takes a break to tell us who she is when she's not working. In our ‘Purple Conversations’ series, you’ll find out about the Cannings Purple team – what led them to their careers; what they do in their spare time and even what they’re currently watching on Netflix. Meet Brigitte Coming to the role with a double degree in Professional Writing and Editing/Accounting, and a background in Geology and Earth Science, Brigitte has experience writing for the resource and financial sectors, as well as an extensive background working with local small business on market research, digital

The secret to a great speech

A lot of words have been written about writing and making speeches – probably far too many, but here are a few more. In fact, there are probably more secrets to giving great speeches, than Burgess, Maclean or Philby ever passed to the Soviets during the Cold War. Most have been developed by professional communicators based on years of experience, both practical and observed, and will contribute to the preparation and delivery of a good speech. Many are to do with how you perform on the stage, the development of the content and engaging with your audience, with technical tips such as

A Balancing Act Between Social and Economic Objectives: The 2021-22 Budget

Josh Frydenberg’s third Budget dropped this week with all the hype of a new record. In musical circles artists tend to branch out creatively on their third album, diverting from the mainstream and even their own genre to try new things. The Treasurer appears to be doing just that with the 2021-22 Budget. More funding has been directed to social policies rather than economic policies and this Budget shuns the traditional Liberal pursuit of surplus to focus on spending, job creation and stimulus. Politically, it has captured traditional Labor policy space, making it hard for the Opposition to attack it in the

Skills shortage 2021: If you want the talent, you have to sell the job

WA continues to lead the COVID-19 recovery - with all jobs lost due to the pandemic now recovered and a further 20,000 jobs created. There are more than 1.4 million Western Australians now employed - the highest result on record. Employers need skilled workers  They are searching for sous chefs in Kununurra. They can’t get enough mechanics in Kal. And in the Great Southern, there’s a desperate need for farm workers, labourers, carpenters, waiters — anyone, really.   The fears of an economic depression and mass unemployment a year ago suddenly seems overblown as WA enters a skill-shortage not seen since the days of the last mining boom.   The reasons behind

Following the release of Apple’s iPhone iOS 14.5, and its new privacy feature, App Tracking Transparency, all developers must now ask permission before tracking users across apps and services.   Until now, Facebook and other apps have been able to mine data from iPhones if users had not changed their settings to prevent it, which very few people did.   This new feature requires users to give explicit permission to an app to share their location data and activities with advertisers. Without this permission, it will be harder for companies like Facebook and other app developers to track users’ activity, and that restriction in data will likely impact their advertising effectiveness. "We think that some number of

Could AI Generated Models Be The Future?

Beautiful, diverse and ready to show up in your next ad campaign, Generated.Photos holds a collection of more than two million human faces, free for download. Oh, and none of them are real. These faces have been generated by artificial intelligence. The site allows you to narrow your search of the massive database by “head pose”, “eye colour”, “hair length”, “emotion”, “sex” and “age”, to name a few. Generated.Photos says its faces could be useful for clients needing to jazz up promotional materials and promises clients they can “increase diversity” and “reduce bias” by including “many different ethnic backgrounds in your projects.” Generative adversarial

The accusation of tokenism in your engagement can stop a practitioner in their tracks. The reputational risks associated with tick-box engagement and the time and cost of getting it wrong, can have a real impact on your bottom line. Senior Consultant, Ethan Gallagher discusses the ways you can set yourself up for success and avoid a tokenistic engagement process. Let’s start at the beginning. Planning. A sure-fire way to get ahead of the game is to put a robust plan in place from the get-go. Make sure you take the time to understand the project in-front of you - what are the