Following the release of Apple’s iPhone iOS 14.5, and its new privacy feature, App Tracking Transparency, all developers must now ask permission before tracking users across apps and services.

Until now, Facebook and other apps have been able to mine data from iPhones if users had not changed their settings to prevent it, which very few people did.

This new feature requires users to give explicit permission to an app to share their location data and activities with advertisers. Without this permission, it will be harder for companies like Facebook and other app developers to track users’ activity, and that restriction in data will likely impact their advertising effectiveness. 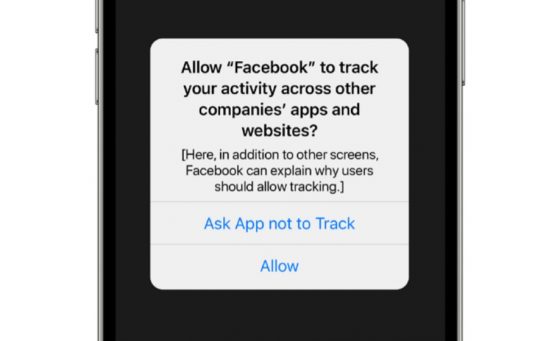 “We think that some number of people, I don’t know how many, don’t want to be tracked like that,” Apple CEO, Tim Cook said.

“And they should be able to say they don’t.”

Online tracking has long been the holy grail for thousands of apps, including Facebook, to gather information about users’ interests and behaviours so they can display tailored ads.

Aware that the new privacy feature could impact its advertising business, Facebook executives initially acknowledged that Apple’s changes could possibly reduce its revenue by billions of dollars.

Facebook has also said that this new privacy protection will affect small businesses, urging users to allow tracking so it can continue to serve personalised ads.

Facebook said that the changes would directly affect small business’ ability to use their advertising budgets efficiently and effectively.

“Our studies show, without personalised ads powered by their own data, small businesses could see a cut of over 60% of website sales from ads”, Facebook’s VP Ads and Business Products, Dan Levy said.

With iOS 14.5 now launched, Facebook updated one of its blog posts with examples of what its own prompts look like. 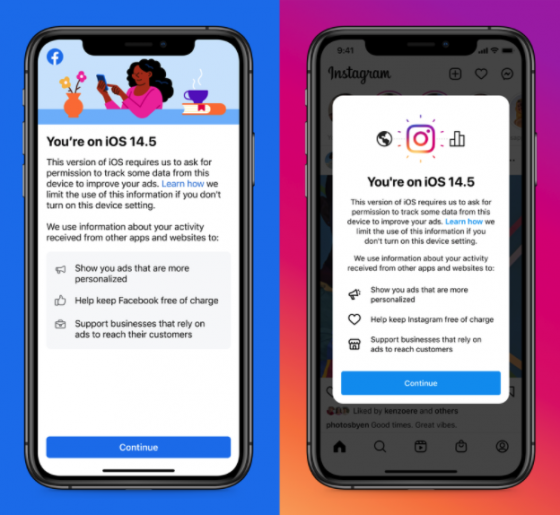 Facebook’s privacy prompt notifies users about the iOS 14.5 requirements, implying that it would be better for users to keep allowing Facebook to keep tracking them.

What’s interesting is that Facebook has included a note – ‘help keep Facebook free of charge’ on their prompt. 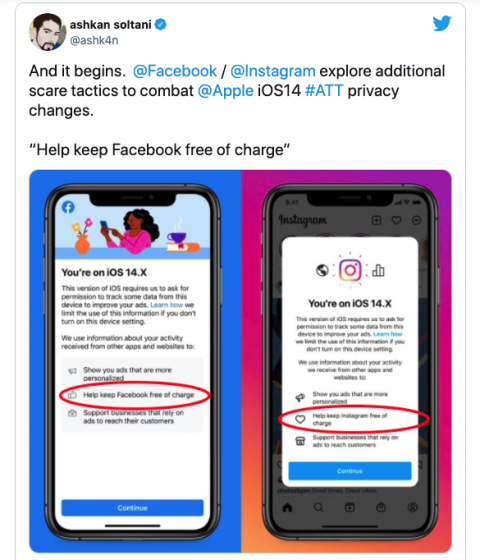 This message suggests that it may be considering a paid version of the platform to offset any losses as a result of Apple’s changes.

How will iOS 14.5 affect your digital marketing efforts?

Facebook Business Help Centre has provided more information on how this update may affect your ads and reporting.

Cannings Purple has digital advertising knowledge in its bones, and our expertise as a leading online advertising provider means we maximise your digital advertising budgets. We understand how to identify the best target audiences for your campaign. We also offer digital training, where we teach you which platforms hold the most potential for your business, which ones to watch, and how to spot brewing issues before they take hold.