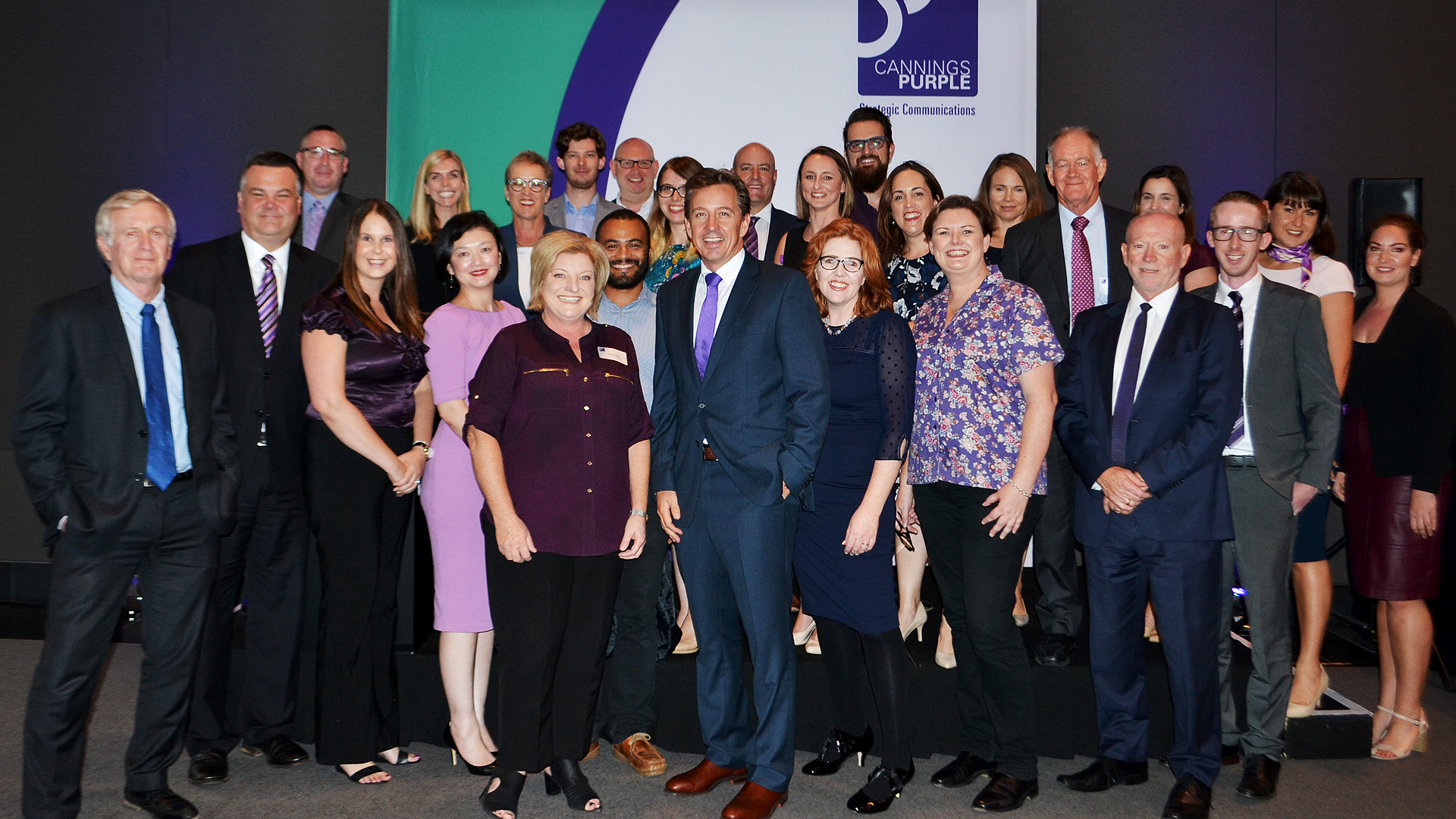 Cannings Purple shortlisted for Asia-Pacific Financial Consultancy of the year

The firm was this week announced as a finalist in the 2018 Financial PR Consultancies of the Year for the Asia-Pacific region in the prestigious SABRE Awards.

“This year has reflected a coming of age for Cannings Purple – moving into new offices in the centre of Perth, growing our team to 40 people and embarking on a clear strategic direction,” Mr Hazeldine said.

“Our stated purpose, to ‘start and shape conversations that matter’, drives every decision we make and resonates with our people and clients alike.

“Cannings Purple’s commitment to innovation is demonstrated by the launch this year of our own professional news hub, the268.com.au, significant expansion in our capacity to create and distribute tailored digital content, the appointment of our first Chief Innovation Officer, and our pioneering work in preparing clients to deal with notifiable data breaches.

“We remain market leaders in investor relations, government relations and corporate affairs and in the past 12 months we have greatly grown our stakeholder engagement offerings.

“To be recognised as a finalist for an award of this nature shows the success of the foundations we have built to help drive the next phase in Cannings Purple’s growth and evolution.”

In announcing the finalists, the SABRE Awards committee noted the agency’s ability to adapt to changing market conditions and foster a positive culture.

“Cannings Purple has built a thriving corporate and financial business in a challenging environment, filling a gap in the market that followed the decline of some of Australia’s prominent financial PR pioneers,” SABRE Awards founder Paul Holmes said.

“Mergermarket’s rankings put the firm just outside the top 10 in Asia-Pacific in terms of the volume of M&A work last year (a dozen deals) and it is holding on to a top 20 spot so far this year.

“But the firm has plenty of expertise beyond the transaction space: in crisis communications, public affairs, ongoing investor relations and broad corporate affairs.

“Cannings Purple is known for a collaborative, team-first culture, which was undoubtedly a factor in attracting some impressive new talent in recent years: former Deloitte chairman Keith Jones joined to chair the board two years ago, and the past year has seen an emphasis on stakeholder engagement capabilities and media outreach.”

The winners of the 2018 Asia-Pacific SABRE Awards will be announced in Singapore on September 11.