Can you build brand equity from a crisis? Qantas did

In the deep and chilling midst of a crisis, we believe it is possible to still demonstrate to stakeholders your purpose and your values, and ultimately strengthen the equity of your brand.   Qantas Flight 32  4 November 2010. Heading for Sydney, a Qantas Airbus A380 took off from Singapore’s Changi Airport with 469 passengers and crew on board.  Just a few minutes after take-off, one of the aircraft’s Rolls-Royce Trent 900 engines started blasting heavy, red-hot chunks of the engine through the wing, severely damaging critical control systems.   Fortunately, two hours later, the aircraft made a successful emergency landing at Changi.  Qantas CEO, Alan Joyce personally took control of the airline’s reputation in the aftermath. Dozens

For business, Media Intelligence can be an invaluable tool, especially when used the right way. Unlike the common perception, Media Intelligence is more than just a regurgitation of every time you or your brand is mentioned. In fact, there are five very important ways following your news can improve your business and client outcomes.

Often the media is referred to as the harshest of critics. Over recent weeks we’ve seen the powerful pull of the media and its influence over public perception regarding royalty, celebrities and even our politicians.   Having a free media means journalists have a fundamental right to publish content freely without censorship, control or restrictions.  Concerns for this freedom have grown within the last decade as the number of defamation cases against media outlets has risen at an increasingly alarming rate. The international media watchdog, Reporters Without Borders, has downgraded Australia’s global ranking for press freedom from 12th best in the world in 2002 to 26th.  Their 2020 World Press Freedom Index highlighted the challenge journalists face. “In 2019, Australian journalists became more aware than ever

For many, the idea of stepping on to a stage or standing before a group of peers to make a presentation is nearly worse than death. Some might even believe it really is worse than death! And to heighten anxiety and frustration, seeing someone else standing there, seemingly relaxed and delivering with certainty and clarity to a completely captivated audience, just makes your own shortcomings so much more real. Where are their nerves? How is this person so calm, while I am struggling the get even the simplest sentence out? A duck in a pond Delivering a presentation or speech is a little like

Google is threatening to shut down its search engine in Australia over a proposed media law. Google said last month that it may stop delivering search results in Australia after the government introduced a new media bill that requires digital platforms to pay publishers to link their content in news feeds or search results. Essentially, Australia wants internet giants like Facebook and Google, to pay to display and link to news generated by Australian journalists. If Google does exit from Australia, it would deny more than 25 million people access to the world's most popular search engine, which handles almost 95% of the country's daily

In between her very busy schedule, heading our organisation and its teams, Cannings Purple’s Managing Director, Annette Ellis takes a break to tell us who she is when she's not working. In our ‘Purple Conversations’ series, you’ll find out about the Cannings Purple team – what led them to their careers; what they do in their spare time and even what their favourite apps are. Meet Annette With more than 25 years experience in corporate communications, reputation management, crisis communications, change management and stakeholder relations, Annette is an accomplished corporate editor, speechwriter and a highly regarded coach in executive presentation skills. Annette gained her

Safer Internet Day: Together for a better internet

Safer Internet Day is designed to encourage people to start the conversation around protecting ourselves, our families and our colleagues on the web, and this year's message is 'together for a better internet'. Protect your internet 'home' In my house, every day is safer internet day, but I can understand why this dry topic might not be everyone’s first priority. Presumably though, you would say you do everything you can to protect your home (and thus your family): door and window locks, alarms, garden fences, teaching your kids to close the front door, shutting your garage etc. Using the internet safely is just

As we eagerly leave 2020 behind and cautiously step into 2021, Senior Consultant, Sarah-Jane Dabarera, reflects on the themes in community relations for the year ahead. Culture and heritage   2020 has set the scene for an increased focus on culture and heritage in 2021. The Black Lives Matter movement, Australian deaths in custody and the destruction of sacred sites at Juukan Gorge have resulted in increased focus and scrutiny on genuine engagement with Traditional Owners. The recently released amendments to the Aboriginal Heritage Act, issued by the WA Government, will require renewed effort in making agreements and strengthening relationships with Traditional Owners. Black

As we embark on 2021, the world finds itself at a major turning point – politically, economically, technologically and socially. What’s next? It’s never easy to predict, and especially so this year! For businesses and communication experts, the best way forward is to reflect and learn from the year that was – the lockdown; the economic and social impacts; the devastating bushfires; the disruption of everyday life. The events of 2020 transformed how we communicate. We asked some of Perth’s best communication experts to look back on 2020 and give us their predictions for 2021. A purpose-driven focus With lots of social justice issues

How Your Business Can Manage Online Trolls

Your business will always have detractors and promoters. Detractors will find any excuse to bring you down and take attention away from serving your community, clients or customers. Promoters are people who will publicly back your organisation. A troll will always be a detractor and there are several ways to deal with them, but first, let’s define a troll – and no, we’re not talking about the thing that lives under a bridge. What is an online troll? Trolling is creating conflict on the internet by starting disputes or upsetting people by posting inflammatory or off-topic messages in an online community. In essence,

Preparing for a Christmas like no other: Getting your brand’s messaging right

After what has been a very challenging year, a Christmas break couldn’t come soon enough. However, just because the holidays are near, it doesn’t mean you should be winding down your PR and communication activities. We asked some of Perth’s best communication experts what brands should keep in mind when communicating during this Christmas period. Being mindful for a Christmas like no other Christmas is a time to celebrate, uplift and inspire, but it will mean different things to different people this year. Ensuring your brand or business considers its audiences and messaging will, therefore, be vital. Cannings Purple’s Head of Digital, Glenn Langridge

Let’s face it, engaging your community can be daunting. Our Stakeholder Engagement specialist, Sarah-Jane Dabarera shares five steps you can take to help shake-off the fear and embrace the process of community consultation. 1. Talk to your community If you’re concerned about how your community might respond, it could seem counterintuitive to just get out there and talk to them, but this is the best place to start. Starting a conversation with a few individuals first may assist your understanding of community concerns and issues. Early conversations with a sample stakeholder group can improve your research and build the case for more detailed

Cyber attacks: the things you can be doing to protect your business

Prime Minister Scott Morrison is right to say that a sophisticated, state-sponsored cyber attack on Australian government agencies and businesses is “not a surprise” and part of “the world that we live in.”

Aged care sector learnings have to extend beyond the pandemic

A panel of experts assembled by Cannings Purple says the aged care sector has navigated COVID-19 as well as could be expected - but there is still significant work to do on the way out of the pandemic.

The big story of the past three months has been about disruption — it’s a story that every business, big or small, has shared. 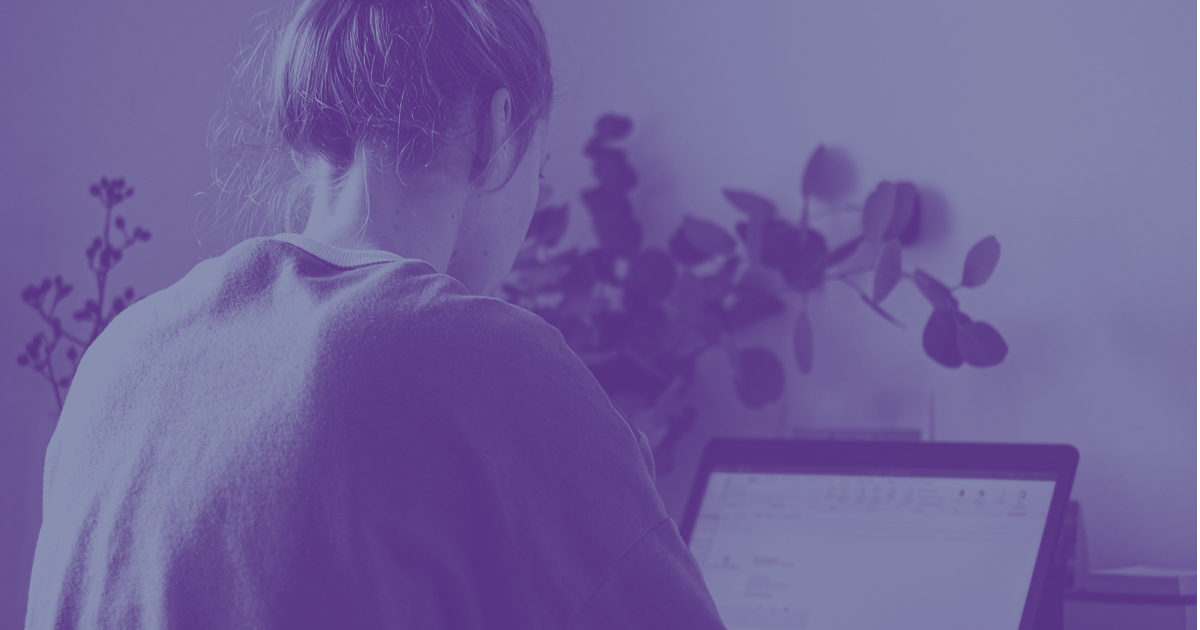 COVID-19: managing the morale of your staff through the pandemic

You may not be able to stop by someone's desk or take them out for a coffee but there are little things we can all do each day to minimise negative feelings and make our co-workers feel more comfortable.

Impacted households, small businesses and community groups will all be eligible for assistance under the latest State Government assistance measures.

The Federal Government says the new subsidy is more generous than that offered in New Zealand and more inclusive than its UK counterpart.

A checklist for leaders to communicate through COVID-19

Leaders must act swiftly, decisively and compassionately if businesses are to keep continuity through and beyond the COVID-19 pandemic.

COVID-19: the challenge for schools and the latest economic stimulus measures

In an ever-evolving situation, our schools face some tough questions around how they communicate and when they do it.

COVID-19: getting your tech right in a lockdown

In the past couple of weeks, an incredible number of Australian businesses have responded to the COVID-19 crisis by enabling employees to work either from home or other remote locations. We’ve implemented this at Cannings Purple and many of our clients and referrers are also now working away from the office. But having a desire to work remotely is one thing and doing it effectively is quite another. There are communications challenges that need to be navigated and cyber security questions that need to be answered. There is also the very important issue of what technology you are going to use and

We don't know how long the COVID-19 crisis will last - but there are important cyber security steps we should take while working away from our usual environments.

COVID-19 means we must communicate better than ever

Our experts predict the biggest trends of 2020

Cannings Purple experts take a look into the crystal ball and forecast the trends they expect to see emerging in months to come.

Australia’s aged care services – where to from here?

A damning indictment through the Royal Commission's interim report is likely to leave providers across the country wondering what happens next.

We’re at an interesting point in our history when it comes to identity manipulation. And the consequences could be alarming.

The winners of the global SABRE Awards will be announced in Washington next month.

Many of Australia's biggest disability service providers have been advised they will soon receive formal requests for information - and will need to respond.

Is Australia’s COVID vaccine messaging off?