Could AI Generated Models Be The Future?

Beautiful, diverse and ready to show up in your next ad campaign, Generated.Photos holds a collection of more than two million human faces, free for download. Oh, and none of them are real.

These faces have been generated by artificial intelligence.

The site allows you to narrow your search of the massive database by “head pose”, “eye colour”, “hair length”, “emotion”, “sex” and “age”, to name a few.

Generated.Photos says its faces could be useful for clients needing to jazz up promotional materials and promises clients they can “increase diversity” and “reduce bias” by including “many different ethnic backgrounds in your projects.”

AI-generated faces are created using a technology called GANs, or generative adversarial networks. These networks operate by combing through masses of data (in this case, pictures of real people); learning the patterns within them, and then trying to replicate what they’ve seen.

“We can go through and create millions and millions of people, essentially, that have never existed, that are unreal.”

GANs were invented by Ian Goodfellow in 2014 while he was pursuing his PhD at the University of Montreal.

Goodfellow’s conceptual breakthrough was to design GANs with two separate neural networks—and then compare them against one another.

That’s the reason GANs are so good. One part of the network generates faces, and the other compares them to the training data. If it can tell the difference, the generator is sent back to the drawing board to improve its work.

Could AI Models be the future?

This site allows you to design your ‘perfect’ model by choosing the body, face, hair and eye colour, pose, background and so on, for a fraction of the price of a model.

In 2017, photos of a model named, Shudu began appearing on Instagram. 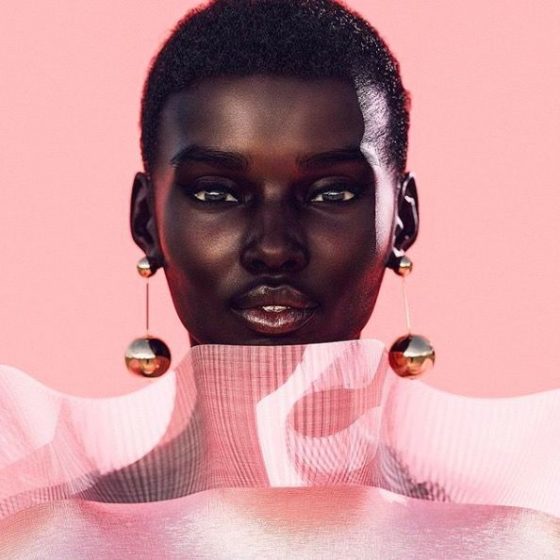 In one of Shudu’s posts, she’s wearing a vibrant yellow shirt from the clothing brand, Soul Sky.

“I can’t describe how grateful I am to @soulskybrand for sending me this beautiful t-shirt,” the caption to this photo reads. 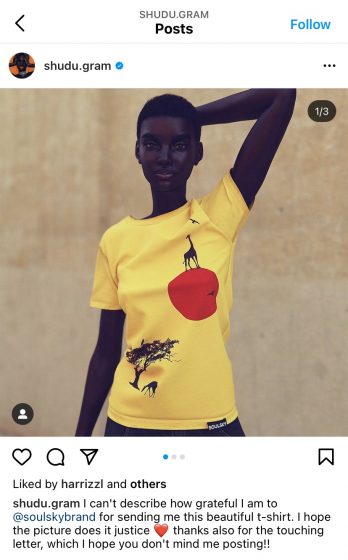 “I feel like you should tell me when the ‘people’ modelling your clothes aren’t actually people,” one follower wrote.

That follower knew something that many of Shudu’s hundreds of thousands of followers hadn’t realised – that she is not human, but actually computer-generated.

Shudu has caused a fair amount of controversy, originating from the fact that her creator is a twenty-eight-year-old white man – photographer, Cameron James-Wilson. 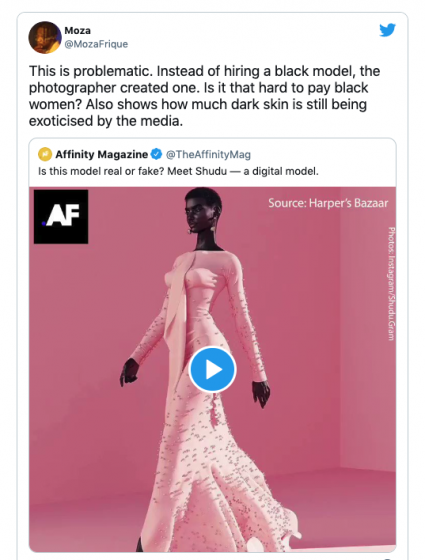 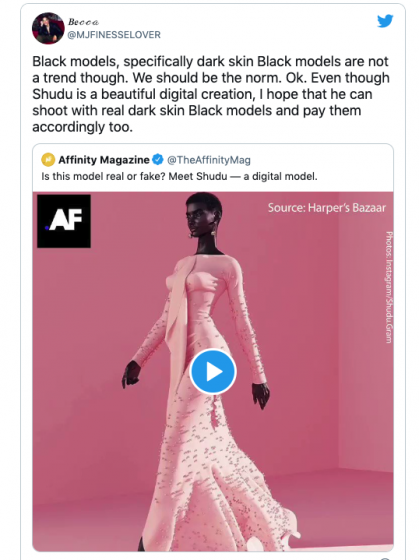 What does this mean for the future of diversity?

While exciting and cutting-edge, the regulations and ethics of these technologies will need to be consistently re-evaluated as they expand and diversify.

The issue with AI start-ups like Generated.Photos and artificialtalent.co is that they boast a simple and cheap fix – offering businesses the illusion of diversity, without genuinely working with a diverse set of people.

However, if properly managed and ethically applied, these technologies have great potential to bring marketing and communications far into the future.