Traditionally, brands have stayed neutral when it comes to politics and social issues. It’s generally been felt that taking sides risks alienating a large proportion of a customer base.

But in today’s increasingly polarised climate, staying neutral can actually be riskier.

As consumers look for ways to support the world’s most pressing issues, including the present threat of climate change, and fighting social and racial injustice, many see their wallets as a way to do so.

Social analysts, McCrindle, found that this approach was particularly prevalent among Gen Z consumers who want to know exactly where brands stand on complex issues before investing.

COVID-19 and socio-economic and environmental troubles, coupled with a string of political upsets in 2020 have made Gen Z a conscious breed of buyers.

McCrindle’s Director of Strategy, Grant Dusting told Cannings Purple that their recent Australian Communities Report revealed that 84% of Gen Zs expect organisations to take a stand on current social issues, even if the issues are outside of their focus area.

“The highest proportion who agreed with the statement ‘organisations should take a stand on current social issues that are outside of their area of focus’ was the Gen Zs and then it went down – Gen Y, Gen X, Baby Boomer – in a very linear way,” Grant said.

McCrindle’s Australian Communities Report 2021 is based on a national survey of more than 1,400 Australians who have given to a charitable organisation in the last 12 months.

Who are the Gen Zs?

Gen Zs are some of the world’s youngest people; born between 1995 and 2009, they are the children of Generation X and are the largest generation ever, comprising around 30% of the world’s population. 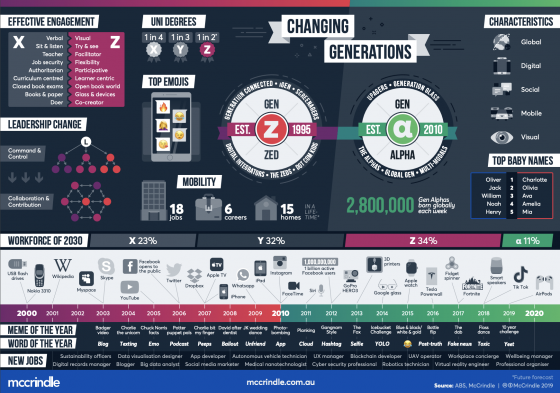 2021 has brought a palpable shift in values among Gen Z consumers, giving rise to the notion of ‘cancel culture’, which poses a real threat for brands.

‘Cancelling’ is most often the result of a brand going against the values of their target market, which is why it is so important for brands and businesses to understand the issues that are nearest and dearest to their customers.

Grant said that recent data revealed that Gen Zs are more likely than other generations to stop supporting an organisation because of the behaviour or stance it has taken.

“The biggest portion of people who said they would frequently or sometimes stop supporting an organisation because of their behaviour was the Gen Zs,” Grant said.

Meaningful action. That’s where Gen Zs’ focus their attention. Meaningful action through increased political involvement, aligning spending and career choices with their values, and driving change on societal issues that matter most to them.

So, not only are Gen Zs looking to spend at businesses that align with their views, their work needs to align as well.

Grant said that the Gen Zs are extremely values-driven and are looking for purpose through their work.

“They are looking to be associated with an organisation that is not just doing great work and generating profit, but actually making a difference in the world somehow,” Grant said.

“What we’re seeing is that the lines between work and social are blurred, so they’re bringing these expectations to their employer”.

3 ways brands can win the trust of Gen Zs

Gen Z consumers know how to access information and develop a point of view very quickly. If a brand advertises diversity, for example, but in reality, lacks diversity, that contradiction will be noticed.

Staying neutral out of a lack of vision or fear is a failing strategy. Today’s consumers expect their brands to take a stand on at least some topics. The point is not to have a politically correct position on a broad range of topics, it’s to strategically choose specific causes that make sense for your brand and its consumers.

Purpose is who you are. Every business should be founded with a core purpose, but purpose can require nurturing and revisiting too. Brands that lead with purpose often occupy a meaningful place in the hearts and minds of the people they touch.