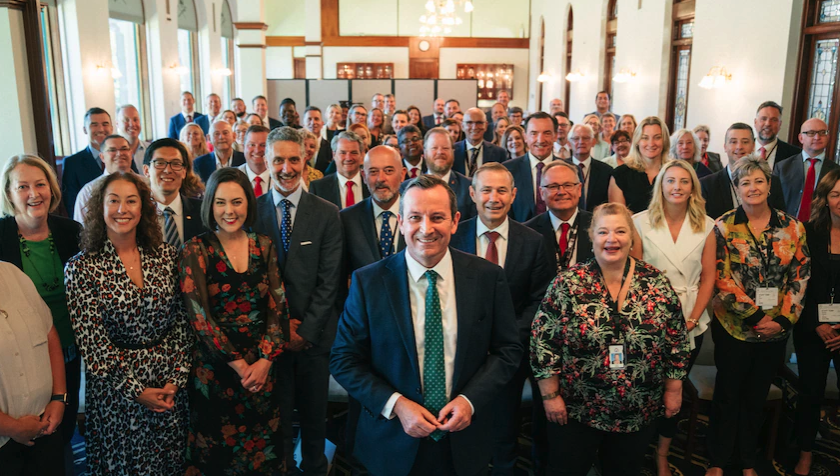 In the unusual setting of the Parliament House Dining Room, Premier Mark McGowan gathered his re-elected and newly minted, parliamentary Labor colleagues yesterday. It was not a post-run kebab on the menu, but the first caucus meeting’s main task was to decide the make-up of Mr McGowan’s new Cabinet. 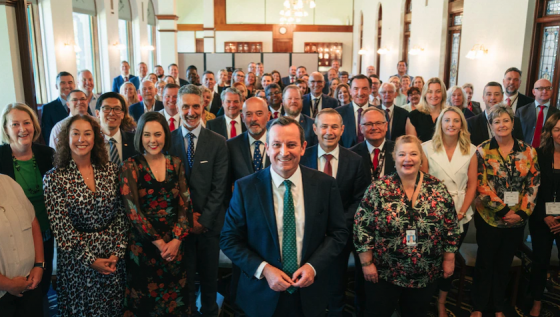 Smiles all round as Labor held its first caucus meeting since its election win (ABC News: Hugh Sando)

Obviously, Mr McGowan remains at the head of the table as Premier, with Roger Cook staying at his right hand as Deputy.

The special of the day was the Treasurer’s role with Roger Cook and Rita Saffioti considered the favourites before today’s announcement. However, Mr McGowan has chosen himself as Treasurer in order to keep Mr Cook and Ms Saffioti’s experienced heads in their current, critical portfolios of Health and Transport respectively.

Given recent changes to the Commonwealth-State architecture, the Treasurer has a greater national role than ever before, and Mr McGowan certainly has the most experience on the national stage. He reasoned that WA needs a strong national presence to defend the GST reforms, which makes sense at face value.

On the strength of his performance as Premier, there is no doubt Mr McGowan is equipped for the job. The big question mark is whether he has bitten off more than he can chew by trying to juggle both roles. Time will tell.

The safe hands of Roger Cook were preferred as Health Minister, the role he has held for the past four years. The Premier reasoned it would not be wise to make changes to the Health portfolio while we remain in the grip of the pandemic. 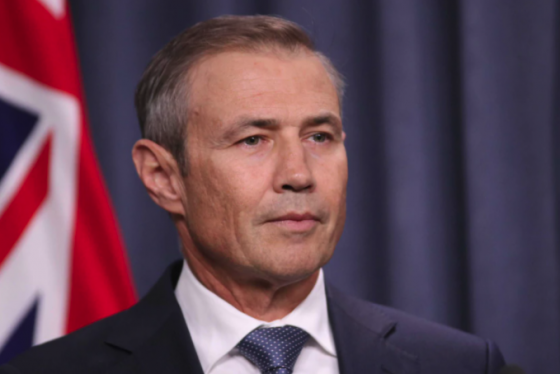 The obvious issues surrounding COVID-19 and vaccination programs are the tip of the iceberg for the sector – ambulance ramping and construction of a new $1.8 billion hospital for women and babies will also be hot issues over the coming term.

Mr Cook has added the not insignificant economic portfolio responsibilities for State Development, and Jobs and Trade, alongside Medical Research and Science. On the flip side, his previous responsibility for Mental Health has been handed to Stephen Dawson.

Member for Cannington Bill Johnston retains the Mining and Petroleum; and Energy portfolios, which will be welcome news to most in the exploration and mining sector.

Mr Johnston has fostered strong engagement with the resources sector, which remains the State’s economic powerhouse, while also driving important reforms in the Energy sector. He has also been entrusted with Corrective Services, which no doubt will add some variety to his duties.

Ms Saffioti gets the chance to continue what she has started with Transport and METRONET and also retains the important Planning portfolio. Ports has been added to her workload, which seems a natural fit and should complement her current portfolio areas. 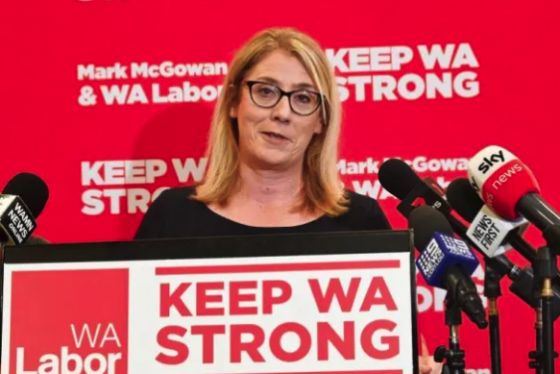 Michelle Roberts vacates the Police portfolio she has become synonymous with to become the first female Speaker of the Lower House. Paul Papalia takes on increased responsibility as the new Minister for Police, Road Safety and Veterans Issues while retaining the Defence Industry portfolio.

As reported yesterday, there were five new Ministers appointed to the new Cabinet.

Installed as a ‘captain’s Pick’ for the seat of Baldivis back in 2017, Reece Whitby has a close relationship with Mark McGowan, so it comes as no surprise to see him get a seat at the table as Minister for Emergency Services, Racing and Gaming, Small Business and Volunteering. While not the most high-profile roles, the Crown Casino inquiry should keep his plate full.

Amber-Jade Sanderson has been appointed to two relatively challenging ministries for a first time Minister in the Environment and Commerce portfolios. Ms Sanderson’s performance during the past two terms has been strong, especially with the introduction of the voluntary assisted dying laws, so she will no doubt be up for the challenge.

Bunbury MP Don Punch steps into Cabinet as Minister for Disability Services; Fisheries; Innovation and ICT; and Seniors and Ageing. With the Royal Commission into Aged Care handing down its final report earlier this month Mr Punch can expect to be busy, pending how his Federal counterparts respond to its recommendations.

Dr Tony Buti, Member for Armadale, picks up several portfolios from retiring Minsters in Finance, Lands and Sport and Recreation and will also sink his teeth into Citizenship and Multicultural Interests.

Member for Perth John Carey is highly rated within the party so there was no real shock with his appointment to Cabinet. His experience as the Mayor of Vincent should put him in good stead as the Minster for Housing and Local Government. 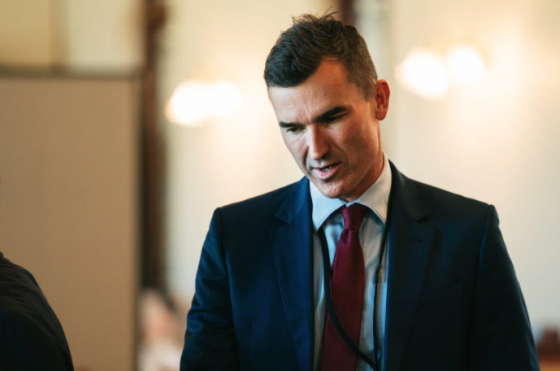 John Carey has been given the housing portfolio in the new-look McGowan Cabinet (ABC News: Hugh Sando)

Not much change for Alannah MacTiernan as she retains Regional Development and Agriculture and Food, but she lets go of Ports and, as expected, its business as usual for Attorney-General John Quigley, although he loses Commerce and gains Electoral Affairs.

Dave Kelly retains his main portfolios of Water, Forestry and Youth but gives up Science and Innovation.

Tourism shifts to David Templeman as he loses Local Government but retains all his other ministries.

Education and Training Minister Sue Ellery retains her roles as does Simone McGurk who has responsibility for Child Protection, Women’s Interests, Prevention of Family and Domestic Violence and Community Services.

Peter Tinley relinquishes his spot in Cabinet after serving as Minister for Housing, Fisheries, Veterans Issues and Asian Engagement. Arguably, Mr Tinley was a victim of factional machinations, but he has stepped back gracefully and deserves some respect for the job he performed in Cabinet these past four years. 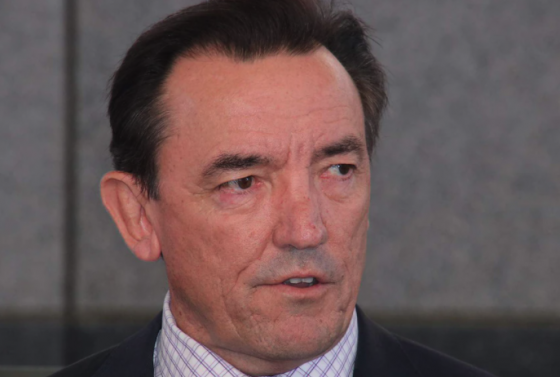 So, there has been plenty of shifting of the place cards in this fresh-looking Cabinet. But this was arguably required as this new Cabinet will be operating in very different environment than the last.

The health and economic impacts of COVID-19 coloured so much of last year and the make-up of both houses is very different from the previous term.

Cameron Fraser is a Government Relations Advisor with a unique and varied background, in both the public sector and private sector. His 20-year professional career spans property, finance, mining and Commonwealth-State relations. Contact Cameron here.