Often the media is referred to as the harshest of critics. Over recent weeks we’ve seen the powerful pull of the media and its influence over public perception regarding royalty, celebrities and even our politicians.

Having a free media means journalists have a fundamental right to publish content freely without censorship, control or restrictions.

Concerns for this freedom have grown within the last decade as the number of defamation cases against media outlets has risen at an increasingly alarming rate.

The international media watchdog, Reporters Without Borders, has downgraded Australia’s global ranking for press freedom from 12th best in the world in 2002 to 26th.

“In 2019, Australian journalists became more aware than ever of the fragility of press freedom in their country, whose constitutional law contains no press freedom guarantees and recognises no more than an “implied freedom of political communication”.

It is not just the English who can’t get enough of the inner working and dramas of the British monarchy, the Australian media has continued to be saturated with Royal news. The power of media commentary can also be noted in Meghan Markle’s recent tell-all interview with Oprah Winfrey. 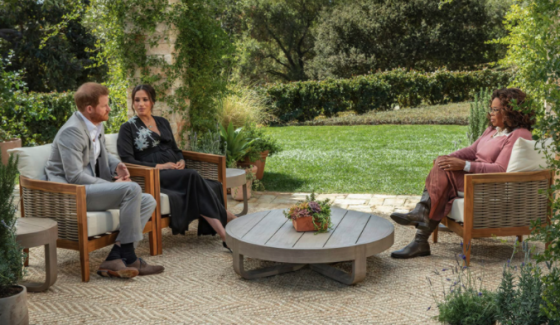 In a single comment, Markle painted the entire royal family as racist when she alleged that an unnamed royal family member had raised concerns about the colour of her son’s skin. During the two-hour CBS interview, Markle alongside her husband, Prince Harry, also criticised the UK media for a perceived combative stance on the couple, and the impact the media’s behaviour has had on their mental health.

Attorney-General Christian Porter announced he would sue the ABC for defamation and is claiming aggravated damages. His announcement follows an article that Porter claims included false allegations made against him. Despite Porter not being specifically named within the article, his lawyer has argued that the article made allegations against a senior cabinet minister “and the attorney-general was easily identifiable to many Australians”.

Further allegations recently published by the media against former cabinet members in the nation’s capital continues to raise questions as Australians call for further investigation following the alleged revelations.

As a democratic nation Australia is committed to The Universal Declaration of Human Rights which emphasises the important role that a free press contributes towards informing people.

One thing is for sure – having a wide and diverse range of views and opinions available within the press is usually in the best interest of the public.

Siobhan is a Senior Consultant in Cannings Purple’s Stakeholder Engagement team and has worked within communications, public relations and event management roles for government, private and non-for-profit in Victoria and Western Australia.