There’s an African proverb that when elephants fight, it’s the grass that suffers — and that’s been abundantly clear for Australian media in the past few weeks.

In the blue corner is Facebook, market capitalisation of USD $741 billion, with as many daily users as the entire populations of all of North America, Europe and Latin America combined.

In the red corner is News Corp, a mere $10 billion in market capitalisation, but in charge of a sprawling international TV, news, digital and magazine empire that in Australia extends from Sky News to The Australian to the Fremantle-Cockburn Gazette.

Alongside are Australia’s other big news houses: Nine, which owns the former Fairfax stable of The Australian Financial Review, SMH and digital-only publications like WAToday and Seven West, which includes Seven and The West Australian.

The beef of News Corp — and other big publishers — is that Facebook uses their material without paying for it, and in doing so keeps readers off their sites where they can sell advertising or leverage views into subscriptions.

And in the centre of the ring is a new piece of legislation designed to force Facebook, Google and other big digital giants to pay for the content they host.

A few weeks ago, that fight came to a head, with Facebook blocking not only the posts by Australian news companies on its platform but also those on a host of other services that could barely be called news.

In our own client group alone, we saw government departments, professional services firms, a tech company and a research computer laboratory stripped of Facebook standing.

But there were also health organisations stripped of the ability to post in the middle of a pandemic, Indigenous community pages that went blank, fire and emergency services pages that could no longer provide updates on a looming crisis.

After two days of terrible media worldwide, Facebook was back at the negotiating table and last week a deal was struck. The ban would be lifted, and money would change hands.

Facebook restored the pages of Australian news outlets after an eight day ban.

Who actually won the battle?

But who actually emerged the victor from this battle is unclear.

The initial bill was very broad — ostensibly designed to create a mandatory code of conduct which would address the power imbalance between digital services (Facebook and Google) and Australian news businesses. 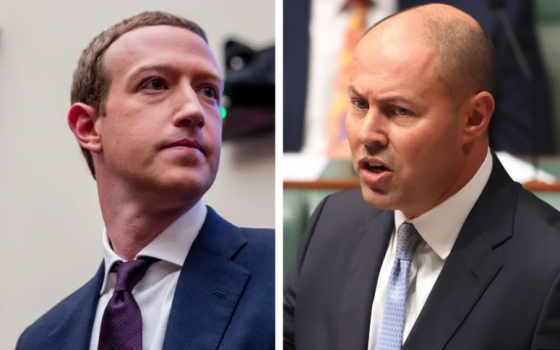 It allowed for good faith bargaining between the platforms and news businesses but also “compulsory arbitration, where parties cannot come to negotiated agreement about remuneration”.

It required digital platforms to give advance notice to new businesses about changes in algorithms that might change how people view content, and it stopped platforms discriminating against a business that is part of the Code of Conduct, so they can’t only republish the content of those that have not signed up.

In that first version of the bill, there’s no doubt Facebook would have been counted as a ‘designated’ digital platform.

The amended legislation, which passed both Houses of Parliament February 24 is less direct.

According to the Ministerial press release confirming the amendments,

“a decision to designate a platform under the Code must take into account whether a digital platform has made a significant contribution to the sustainability of the Australian news industry through reaching commercial agreements with news media businesses”.

In other words, if Facebook or Google strike enough deals with media publishers, they won’t be caught up in the new code of conduct at all.

Facebook has already agreed with Seven West Media to pay for news content and has reportedly restarted negotiations with Nine Entertainment Co.

News Corp won’t be far behind.

What happens to small media businesses?

But what about the thousands of micro media businesses that lack the clout to pick up the phone to Zuck?

Some of the brightest stars in Australia’s media constellation are found in off-mainstream publications, from The Saturday Paper to the New Daily, Crikey to Junkee, on niche platforms like WA’s arts publication Seesaw Magazine or Indigenous newspapers like the Koori Mail.

The smallest start-up media groups may well be too small to be included in the code, which sets an earnings threshold as well as requirement that the primary purpose of its business is to “create and publish core news content.”

Others might be captured under the code but lack the capacity to negotiate with the digital behemoths anything other than a take-it-or-leave-it agreement.

Rod Sims, head of the Government’s competition agency, believes it won’t be an issue and that the threat of being designated was enough of a motivator for Facebook to engage. He thinks a blanket offer might be made, or that the smaller publications could engage in collective bargaining.

Yet the concerns have also been expressed by some of the cross-bench Senators, worried that small and regional publishers will be left out in the cold.

It’s been reported that of the $125 million deal secured by Google with about 50 publishers to share their content, 90% will go to the three big news companies while the rest share the scraps. A similar weighting can be expected from Facebook.

We will all be the losers

If the fight between digital and news giants leaves smaller, more diverse and emerging media outlets trampled, we will all be the losers.

Ruth Callaghan is Cannings Purple’s Chief Innovation Officer and a leading media strategist with more than 20 years’ experience in corporate communications in the property space and in journalism.