The D Word: reframing the density debate in Perth

Ask residents of established Perth suburbs what they want from their neighbourhood, and you’ll get a range of responses – depending on age, demographic, location and a variety of other factors.

But most will agree on a few key factors: security, amenity, connectivity, affordability and a sense of community. Ask those same residents about increasing density in their neighbourhoods, and the chances are you’ll get a much more blunt response: not in my backyard, thanks.

So why, when well-designed urban density and the diversity of choice it offers can deliver on that wish list above, is opposition to density so entrenched?

According to new research commissioned by the Property Council of WA, the answer lies in the way we talk about it – with findings suggesting that with a better understanding of what density really is, many Perth residents would instead value the benefits and sense of community it could deliver for the city and its suburbs.

Released on June 21, the It Takes a Village: Density, diversity and the new Australian dream report draws on in-depth interviews with members of the Perth public, exploring their desires and concerns when it comes to urban density.

Not surprisingly, interviews revealed the term “urban density” often evoked negative connotations – mostly connected to poor examples of the past, with respondents unable to point to what they considered good examples of quality developments in Perth.

What also became clear was the conversation around density in Perth to date had missed the mark in winning community support due in part to a focus on the big picture issues – the need to accommodate our growing population, reducing urban sprawl and cutting congestion – rather than the question that the average West Australian wanted answered: “What’s in it for me?” 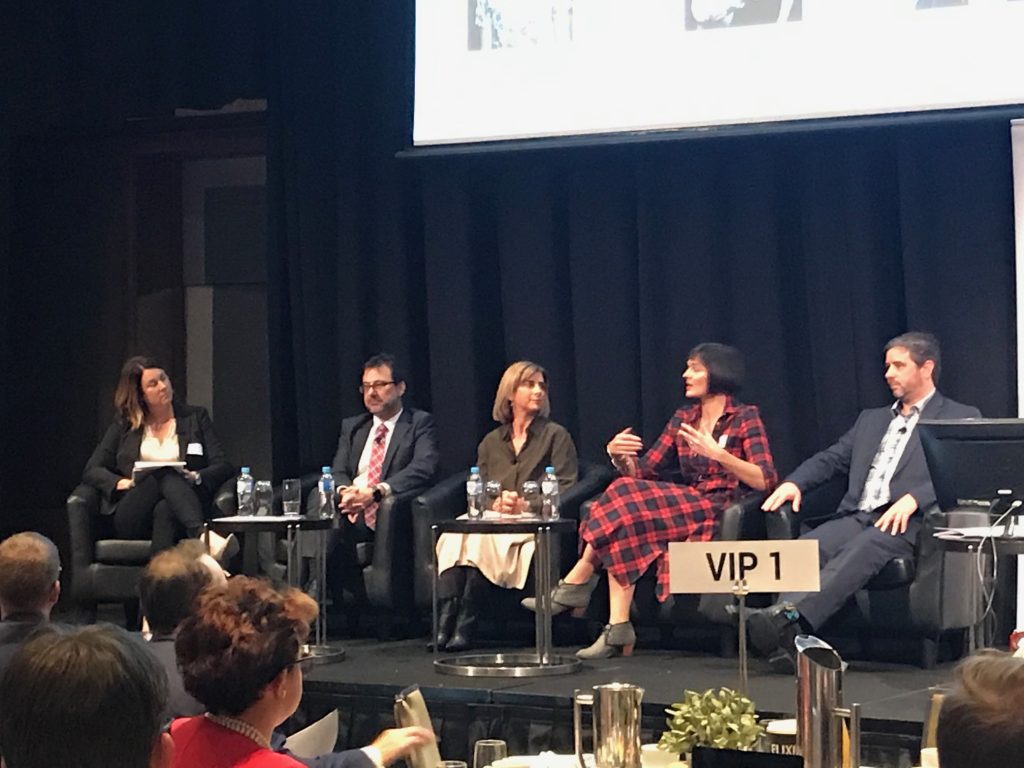 The panel at the release of the Property Council of WA report into density in Perth.

The clear opportunity identified in the research was to shift the conversation around density to that more personal level, by demonstrating how the quality of life spin-offs delivered by well-designed density could provide the elements residents said they wanted from their neighbourhoods.

And there were indications that a surprising amount of Perth residents were prepared to consider change. Respondents described a strong preference for more connected activity hubs in Perth, more mixed-use developments and quality green space, as well as a desire for a car-free future.

In general, there was a strong sense that Perth “must move on, evolve and embrace new ways of living.”

Property Council Executive Director Sandra Brewer, who drove the research project, said it was crucial to reframe conversations around density to “demystify” the concept and allow people to appreciate what it could contribute.

“We know that not everyone wants their suburb to change,” Ms Brewer said.

“But there’s a clear opportunity here for the industry and policymakers. We need to start talking about benefits, building connections, creating choice, offering a variety of cultural pursuits and the upside of creating denser urban villages.”

With the advent of Design WA, all developments in Perth will need to demonstrate sustainability, liveability and quality, and meet community expectations. We already have some great examples of density done right in our city. Design WA will ensure we have many more, and provide a track record of quality projects for our community to see.

Now is the time for industry and government alike to embrace a new way of talking about how we live in our city, and shift the dial on a conversation that really matters.

Fran Lawrence leads Cannings Purple’s Corporate Affairs team and has more than 20 years’ experience in media and communications. She is an expert in communication in the property sector. Contact Fran.