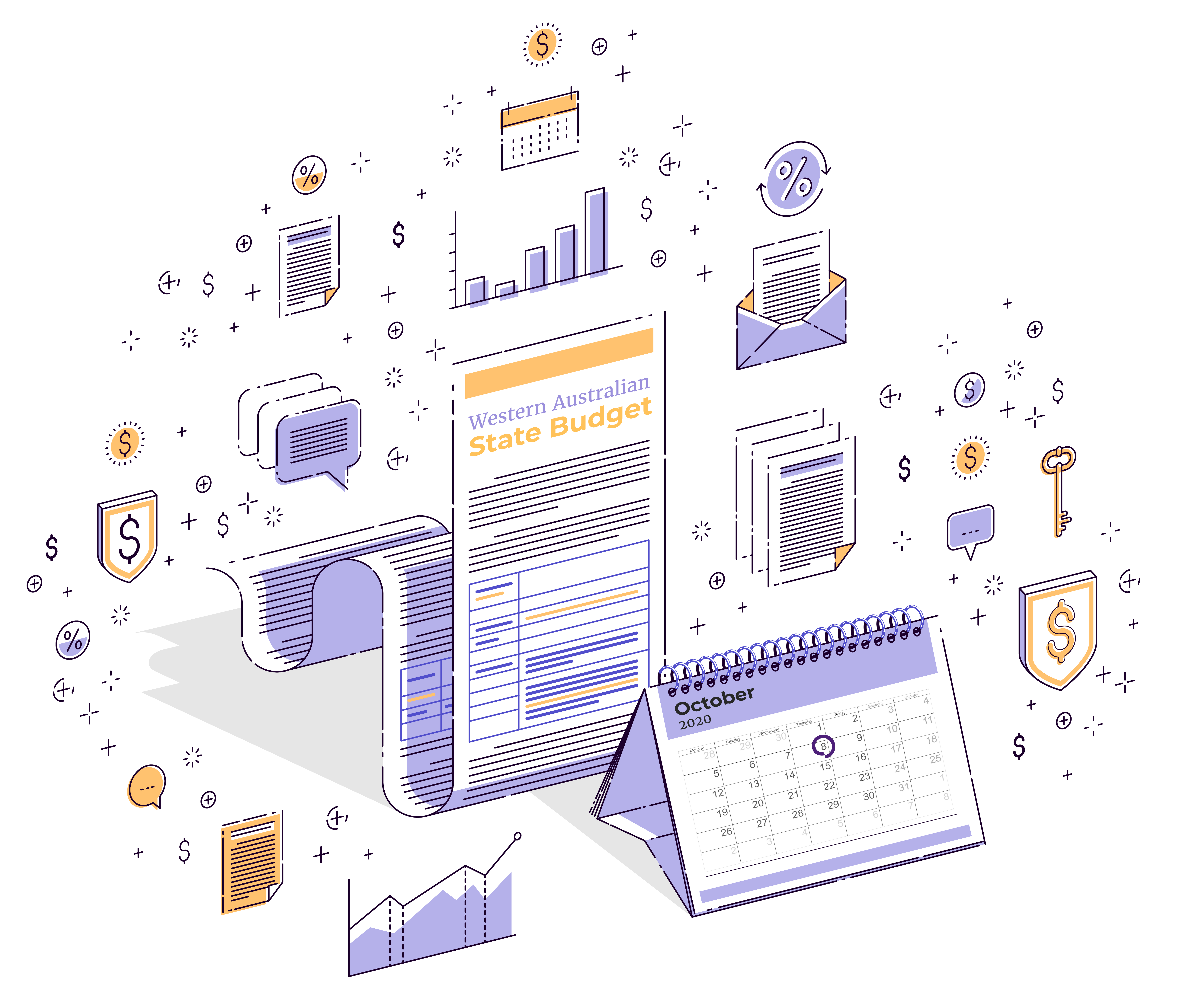 As Australia faces record levels of debt and deficit in the wake of the COVID-19 pandemic, Western Australian Treasurer Ben Wyatt today bucked the trend to post a $1.2 billion surplus in the State Budget, followed by surpluses in the range of $363 million in 2021-2022 to $1.5 billion in 2023-2024.

Buoyed by high iron ore prices, which enabled Western Australia to bank $8.4 billion in royalties in 2019/20, the coffers are well placed to support the State’s economic recovery and combat the ongoing threat of the coronavirus. The Budget assumes that Western Australia’s borders will remain closed until April 2021.

Importantly, WA is able to inject cash into the key strategic areas laid out in the McGowan Government’s $5.5 billion WA Recovery Plan. The plan is designed to stimulate economic activity, create new jobs and drive the local economy to grow by 1.25 % in 2020-21.

The Budget path to recovery is based on a range of key assumptions and forecasts. Treasurer Ben Wyatt is relying on growing business and household confidence to help create new jobs and stimulate growth.

WA households are set to be among the key winners in this year’s State Budget.

In a first for Western Australia, households will benefit from a $600 credit for electricity bills –  receivable from 1 November 2020. This follows the one-off doubling of the Energy Assistance Payment (EAP) to $610 in 2020 as part of the McGowan Government’s WA Recovery Plan.

For the first time in 15 years, the household basket of fees will also be cut, saving the average Western Australian household a total of $663.52 for 2020-21 – a 10.4% reduction. Taxpayers will enjoy a reduction in the Emergency Services Levy, drainage and wastewater charges. Electricity and water tariffs, as well as motor vehicle charges and public transport fare increases, have also been frozen for 2020-21.

The freeze to fees and charges comes at a cost of $402 million to State revenue.

The Government has allocated $943 million to support small to medium business recovery. The measures include:

Western Australia’s resources sector made the most critical contribution to keeping the State going during COVID-19, delivering a record $172 billion in sales in 2019-20, up $21 billion from the previous year.

The sector will also help keep the Budget in surplus in 2020-21, projected to provide $19.3 billion in royalties to the State, including North West Shelf grants. There are no changes to royalty rates for any minerals.

The Exploration Incentive Scheme will continue in 2020-21 and the Department of Mines, Industry Safety and Regulation is committed to introduce a single approval instrument to approve mining project activities across multiple tenements, streamlining the process.

In terms of energy investment in the State, $127 million has been allocated for renewable energy technology and investing in environmental projects.

Treasurer Ben Wyatt said the economic impact of COVID-19 would have been far greater if not for the efforts of Western Australians.

“The continued operation of the resources industry supported both the Western Australian and national economies, with the construction of new mines and export production continuing strongly,” Mr Wyatt said.

“We are the leading State of a great trading nation. Our living standards are intrinsically connected to a world of commerce and social exchange. This must not be forgotten.”

Since the Mid-year Review, the general government revenue estimates have been revised down by a total of $1.7 billion (over 2019-20 to 2022-23), with large downward revisions to Western Australia’s GST grants and taxation revenue.

The forward estimates assume that the iron ore price will however revert to its long-run average of US$64 per tonne from June 2021, or about half of its current trading position just north of US$120 per tonne (62% Fe).

Record production in the June quarter 2020 more than made up for the impact of disruptions caused by Cyclone Damien in February 2020.

Volumes are expected to grow by around 1% per year across the forward estimates period, with new projects coming online mostly replacing depleting production rather than significantly increasing overall output.

Royalty income from all other commodities (excluding iron ore) is expected to rise by $78 million (or 9.5%) to $895 million in 2020-21, largely due to higher gold royalties reflecting record gold prices.

There is a forecast $19 million increase in lithium royalties, as producers use existing capacity to increase output in response to an improving lithium market, which more than offsets decline across most other commodities.

The Government-owned Gold Corporation has a commitment in the Budget to invest $49.3 million over the forward estimates period to support the delivery of its ongoing services and to update its plant, equipment and computer software rolling programs.

The Gold Corporation operates The Perth Mint – the largest gold refinery in the Southern Hemisphere – which in the past decade has returned $200 million in tax and dividend payments to the State. It also chalked up a record pre-tax profit of $47.55 million 2019-20.

The 2020-21 Budget includes a record $27.1 billion infrastructure spending spree over the next four years.

The total infrastructure spend for 2020-21 alone will total $4.8 billion, up almost 50% from last year’s forecast.

A $695 million Federal-State City Deal will see the heart of Perth transformed into a university precinct. Edith Cowan University’s Creative Industries, Business and Technology Campus at Yagan Square will bring more than 9,000 students and staff into Perth’s CBD by 2025, reinvigorating the local economy and creating new jobs.

The value of the WA Government contribution to the historic City Deal is $150 million, which includes land for the new ECU campus and $50 million towards an iconic pedestrian and cycle bridge stretching hundreds of metres across the Swan River.

Other key infrastructure allocations in the 2020-21 Budget include:

The 2020-21 Budget includes a total of $5.5 billion for public school education across the forward estimates.

The 2020-21 Budget includes an already announced $229.2 million Rebuilding our TAFEs plan which will invest a record $167.4 million in capital works projects to upgrade infrastructure across the five Western Australian TAFE colleges.  The plan also includes a $57 million package for the training sector that will deliver 15 free short courses and reduce TAFE fees by up to 72%.

Investment in WA’s health sector is a major focus of the 2020-21 State Budget, with a total of $9.6 billion committed for 2021. This includes a $168.6 million boost to meet growing demand for general health hospital services across WA.

There is a major $80 million investment package for essential and community health services, such as in-home health and aged care, which includes $4.8 million towards the treatment of complex aged care clients that require high cost pharmaceuticals. An $18 million contribution to maintaining current levels of support for those who are yet to transition to the National Disability Insurance Scheme is also included.

With the threat of a second wave of coronavirus infections still looming, the Budget commits $20.9 million to strengthen the State’s safeguards against COVID-19, including support for the Public Health Emergency Operations Centre.

In a State first, and on the back of Western Australia’s new Voluntary Assisted Dying Act 2019 passed in December last year, this year’s budget also carves out an inaugural $20.1 million to help implement these new reforms and bolster End-of-Life Care.

Regional health services have also benefited with a total of $60.8 million set aside for the Bunbury Regional Hospital redevelopment. This will provide much needed support for one of WA’s busiest regional hospitals, with the population of the South-West area expected to increase by more than 40,000 in the next 11 years.

Mental health is central to this year’s Budget with $1.013 billion carved out for the Mental Health Commission – a 7.5% jump from last budget. As a result, a record $306 million in additional support will be directly provided for mental health services in WA as the community recovers from the widespread impacts of coronavirus. This includes a $68.9 allocation for public mental health hospital services and a a $24.4 million expansion to mental health facilities at the Fremantle Hospital campus.

The 2020-21 Budget commits $750 million to enhance the health and wellbeing of Aboriginal communities. This includes:

The Budget delivers a record regional investment of $7.5 billion in infrastructure, designed to support local employment across the State. It also provides an additional $4.2 billion in Royalties for Regions funding across WA.

Vital services are a focus of the funding, such as $239.8 million for regional school bus services, $1 billion to subsidise water costs for country users.

The Budget fully funds the suite of regional projects announced previously as part of the $5.5 billion WA Recovery Plan.

Another key announcement in the Budget is the allocation of $314 million across the next four years to recruit 800 police officers. This commitment is in addition to the 150 extra officers announced earlier this year.