WA’s rocket to infinity…and beyond

With the recent launch of Western Australia’s first homegrown satellite, WA researchers are making space more affordable and accessible for the little guy.

As Australia looks to diversify and future-proof our economy, reducing reliance on traditional sectors like agriculture and resources, our eyes are increasingly turning upwards, to the stars.

Once the domain of dreamers, visionaries and distant superpowers with deep pockets, the space sector is emerging as a significant new generator of jobs, investment and commercial opportunities.

But we’re not the only ones to recognise this potential. In fact, we’re a little late to the party.

Governments around the world have dedicated $82.5 billion to space programs in 2020 alone to win a slice of a global pie worth an estimated US$366 billion in 2019 and predicted to reach US$1.1 trillion by 2040.

That’s a 10 per cent increase on 2019, the highest annual growth in space budgets in a decade, despite the economic impacts of the COVID-19 pandemic.

These eye-watering levels of public investment are dwarfed by private spending, which accounted for 76 per cent of the global space economy in 2016 and has continued to grow rapidly as increased activity in space drives increasing demand for support services and new technologies.

Into this daunting and high-stakes environment, WA researchers have just delivered game-changing new technology that will fundamentally transform who has access to space, and how. 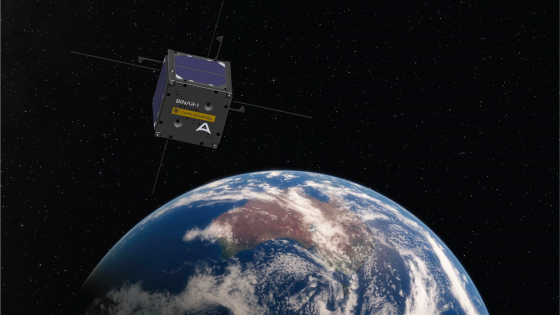 In approximately five weeks, Binar-1 will be launched from the International Space Station into low orbit, about 400km above the Earth’s surface, where it will circle the planet once every 90 minutes, sending data back to WA with each pass.

Entirely designed and built by students and researchers at Curtin University’s Space Science and Technology Centre (SSTC), Binar-1 is the first of a constellation of satellites to be launched in the next 18 months. 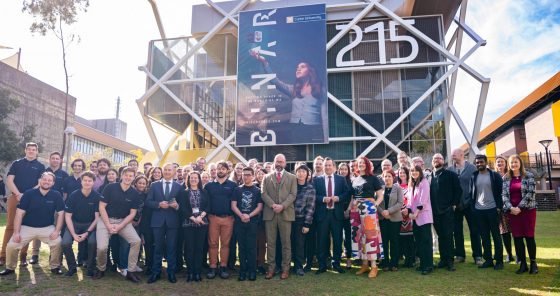 It represents the first step in a plan to put a WA spacecraft into orbit around the Moon by 2025.

Ultimately, it is hoped the Binar Prospector project, as it is known, will help NASA identify and map lunar resources and establish a permanent base on the Moon to support future space missions.

What does this mean for WA’s economy?

The romance of space exploration aside, the Binar satellites will make a valuable contribution to existing industries and operations down on terra firma, such as monitoring bushfires and tracking ships, mining assets and subsea resources.

They also represent a tremendous technological leap over one of the biggest barriers to accessing space – affordability.

New Binar technology has dramatically reduced the cost of working in space, making it more affordable for start-ups and researchers to participate in this rapidly growing sector and giving WA a critical competitive edge.

Developed by SSTC students and researchers, Binar technology allows all the complex systems required by a spacecraft to be placed on a single circuit board. This dramatically reduces the cost of sending a satellite into space, effectively putting space within reach of more start-ups and researchers wanting to test and develop new technologies. 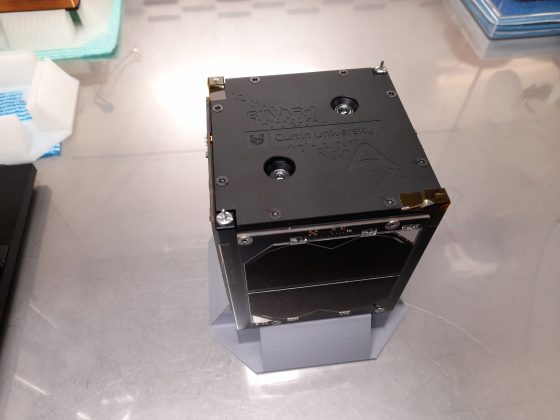 One of the key barriers to participation in the space economy is proving your technology actually works in space. Increased accessibility will help smaller operators to meet this credibility requirement and encourage more diversity in emerging space technology.

The impact of this affordability leap is so significant we will soon see WA’s school students designing their own missions and running experiments in space via the Binar Space Program – supporting the future growth of a robust and highly-skilled space workforce in WA.

Australia’s place in the space race

The Australian space sector generated approximately $4.8 billion in revenue in 2018-19, accounting for 0.25 per cent of GDP and providing up to 10,000 Australian jobs.

This is low compared to an overall value of 0.5 per cent of global GDP, with other developed countries like Canada at 0.4 per cent, the United Kingdom as 0.7 per cent and the United States at 1 per cent.

But Australia’s participation in the global space economy is growing rapidly. A recent survey of space-related firms by the Nous group showed their revenue grew by 17 per cent a year in the two years to FY2018-19, 3.5 times faster than the overall economy.

In 2018, the Federal Government established the Australian Space Agency (ASA) with the aim – via the Australian Civil Space Strategy 2019-2028 – to triple Australia’s space-related revenue to $12 billion, stimulate a $1 billion pipeline of inbound capital investment in Australia’s civil space industry sector between 2019 and 2028, and employ an extra 20,000 space-related workers by 2030.

WA is well placed to lead that charge.

WA has a strong background in space communication and technology, dating back to providing ground station support to NASA’s Mercury, Gemini and Apollo missions to the Moon in the 1960s and ‘70s.

And our strategically useful geographic location and key sectors such as agriculture, mining and off-shore oil and gas – which rely on similar technologies to support remote operations, robotics and satellite information – make WA an ideal location to test, develop and exchange new technologies.

Bringing all of these factors together, WA universities are working closely with industry, government and local and international space agencies and – as we’ve seen with the Binar Space Program – are already delivering fresh thinking and innovative technology that will impact the space sector globally.

We may be late to the party, but we’re bringing the Cheezels.